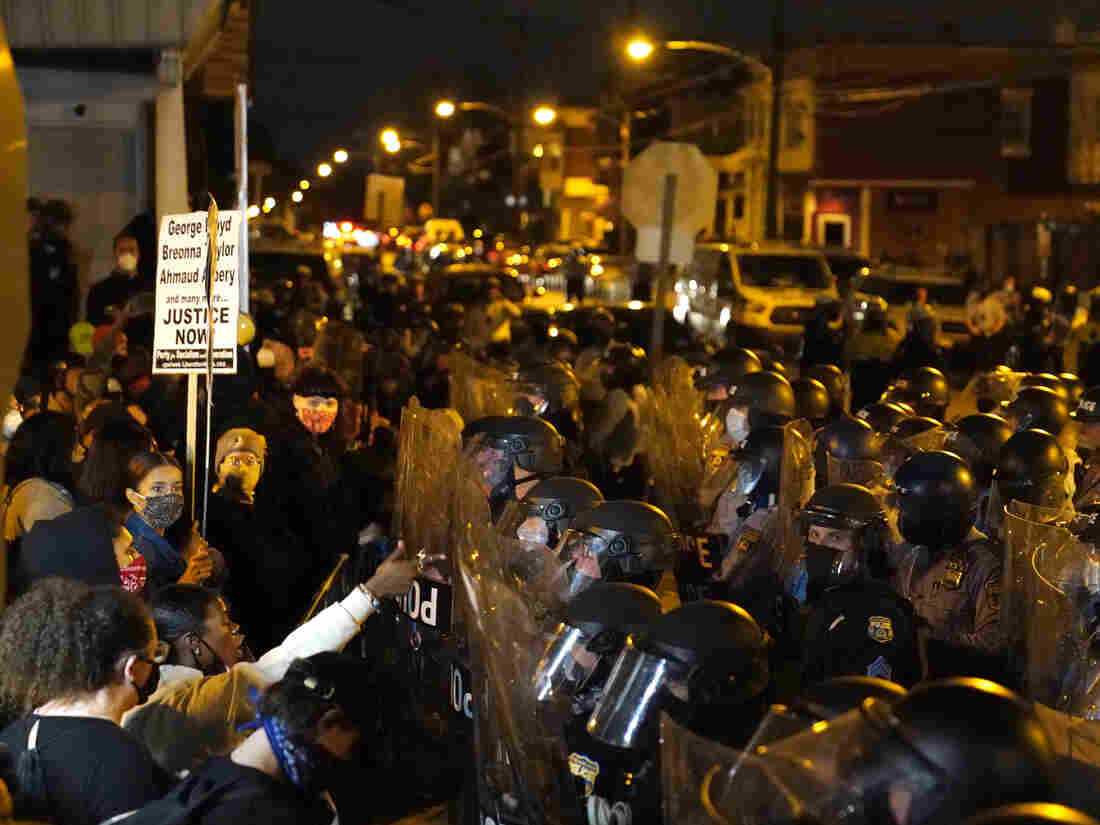 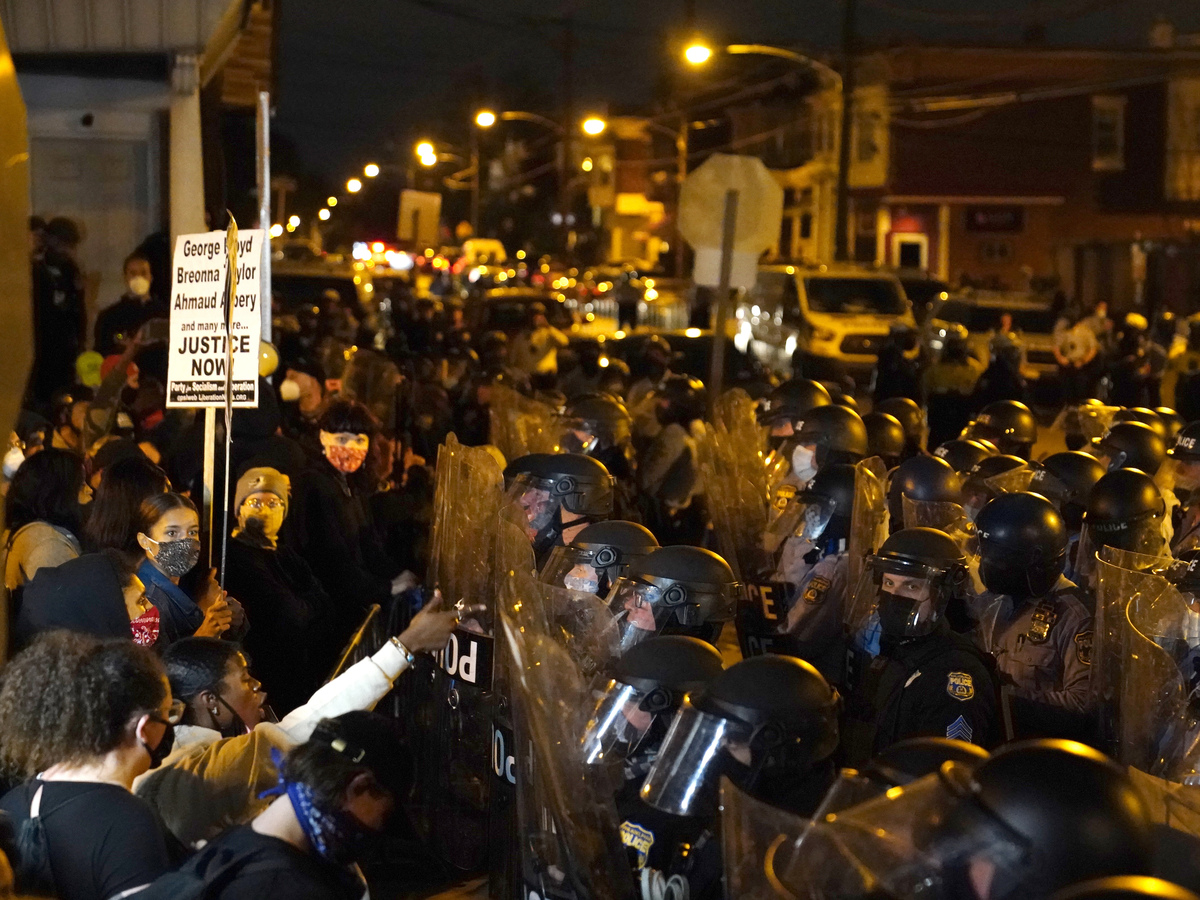 He was holding a knife when police shot him.

“By looting, people are not only hurting retail businesses that have struggled in the midst of the pandemic, but they’re doing a great disservice to the many others who want to exercise their First Amendment rights by protesting,” Kenney said at a press conference Wednesday afternoon.

Grocery stores, restaurants and pharmacies may operate in a delivery-only capacity once the curfew is in effect.

City officials said 81 people had been arrested overnight, including 53 for burglary, seven for disorderly conduct and eight accused of assaulting police.

Philadelphia Police Commissioner Danielle Outlaw said Wednesday her department would be releasing 911 tapes and officer-worn body camera footage “in the near future.”

“Before that happens, however, we’ll be meeting with members of Wallace’s family to ensure they get an opportunity to view the materials first,” Outlaw said.

City officials urged residents in certain districts to remain indoors Tuesday night due to “widespread demonstrations that have turned violent with looting.”

Several hundred troops from the Pennsylvania National Guard will be deployed to Philadelphia at the county’s request as soon as Wednesday evening.

A racially diverse crowd came together Tuesday evening at Malcolm X Park, not far from the West Philadelphia neighborhood where Wallace was killed.

The gathering featured speeches and preceded a march, Philadelphia member station WHYY reported, adding that one speaker noted there were “far too many comfortable white people here tonight.”

“Stop this looting and stop and stop burning our city down,” the elder Wallace told CNN.

“It’s not going to solve anything,” he said. “I don’t want to leave a bad scar on my son and my family with this looting and chaos stuff.”

Wallace’s killing was captured on cellphone video and posted to social media, where it went viral.

The video sparked fresh outrage and a series of yet-to-be answered questions about why officers used deadly force during the encounter with Wallace.

Police said the officers have been placed on desk duty pending an investigation.

Family reportedly called for an ambulance, not police

Wallace was experiencing a psychological episode on Monday, an attorney for the family says. His mother tried to calm him but was unsuccessful and called for an ambulance, WHYY’s Peter Crimmins reported.

According to Shaka Johnson, an attorney for the family, Wallace’s wife told the officers when they arrived that her husband had bipolar disorder and urged the officers to stand down.

A police spokesperson said Monday that officers were responding to a report of a man with a knife.

They ordered Wallace to drop the weapon, saying that he “advanced towards officers.”

Both officers fired their guns at Wallace. He was taken to the hospital, where he was pronounced dead.