Megan Fox publicly called out her ex-husband, Brian Austin Green, for posting a Halloween photo of their son.

Green confirmed he and Fox split after 10 years together in May, when she started to go public with her new boyfriend, Machine Gun Kelly. On Sunday, some of the couple’s dirty laundry was made public after Green, 47, shared a photo of himself and their 3-year-old son, Journey River, dressed in their Halloween costumes.

“Hope you all had a good Halloween!!” he captioned the snap, prompting a lengthy response from his ex in the comments.

“Why does Journey have to be in this picture? It’s not hard to crop them out. Or choose photos that they aren’t in,” Fox, 34, wrote (via People). “I had a great halloween with them yesterday, and yet notice how absent they are from my social media. I know you love your kids. But I don’t know why you can’t stop using them to posture [sic] via Instagram.”

She continued: “You’re so intoxicated with feeding the pervasive narrative that I’m an absent mother, and you are the perennial, eternally dedicated dad of the year. You have them half of the time. Congratulations you truly are a remarkable human! Why do you need the internet to echo back to you what should be inexhaustibly evident in the way your children love you?” 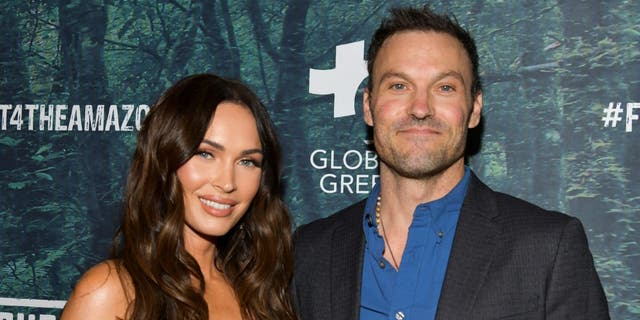 Megan Fox called out her ex, Brian Austin Green, for posting a photo of their son on Instagram.
(Getty Images)

The “90210” actor did not publicly respond to Fox’s rebuke, but he did delete the photo and reposted it with Journey cut out this time.

In May, Green revealed during an episode of his podcast that he and Fox decided to split after she spent five weeks away filming a movie. He explained at the time that when she returned there was a distance between them. After about two weeks at home, he said that she explained to him that she felt they needed more time apart, which ultimately led to a permanent split.

People magazine notes that Fox and Green got together on the set of “Hope & Faith” in 2004, when she was 18 and he was 30. After two years of dating, they got engaged before calling it off in February of 2009. They got engaged again a year later and wed in 2010.