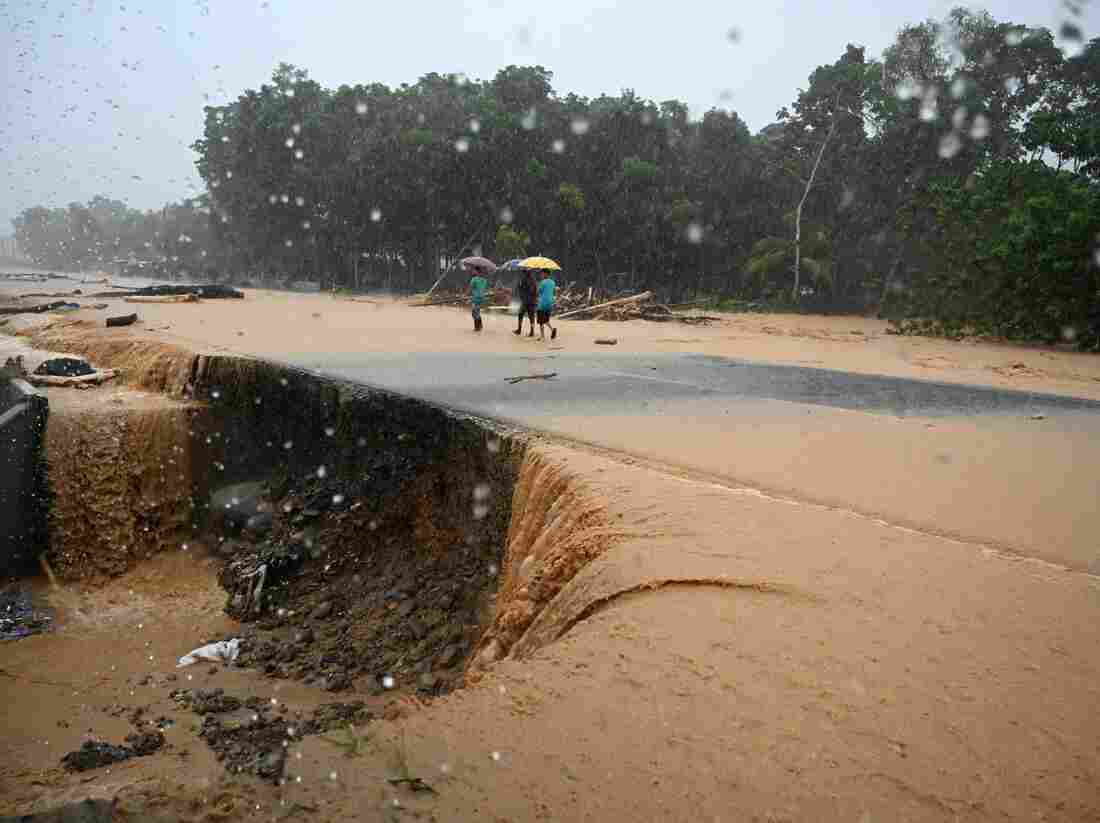 Men walk along a flooded road Wednesday in Toyos, Honduras, after heavy rains from Eta caused a river to overflow. 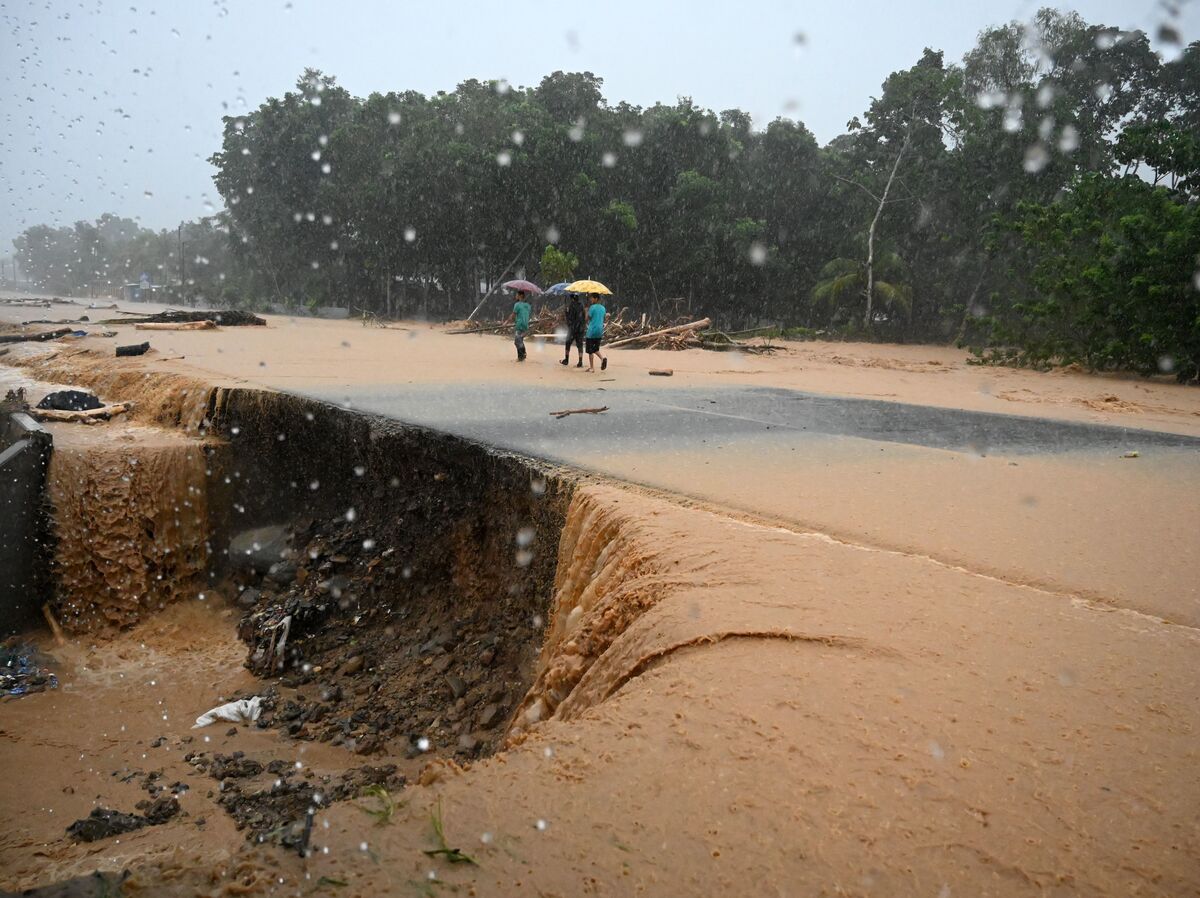 Men walk along a flooded road Wednesday in Toyos, Honduras, after heavy rains from Eta caused a river to overflow.

In its 10 a.m. ET advisory Wednesday, the U.S.-based National Hurricane Center placed the center of Eta about 135 miles north-northeast of the capital, Managua, with sustained winds of 50 mph. It was moving west at 7 mph and was expected to pick up speed later Wednesday.

In Bilwi, a town of around 60,000 where the hurricane made landfall on Tuesday, residents are still without power. Tens of thousands lost their homes, most built of wood with corrugated metal roofs. At least three people were killed by landslides, including two gold miners in Nicaragua and a 13-year-old girl in neighboring Honduras.

The torrential rainfall caused a wall to collapse, bringing waist-level floodwaters to a prison in the northern Honduran city of El Progreso and forcing the evacuation of more than 600 inmates, Reuters reported, quoting the local police commissioner.

In Honduras, rivers and towns on the Atlantic coast flooded, and landslides made roads impassable. Even so, Nicaraguan Vice President Rosario Murillo said the initial damage was less than feared.

Cairo Jarquin, emergency response project manager in Nicaragua for Catholic Relief Services, said the immediate concern was getting food and water to northeastern Nicaragua’s remote communities, many of which may now be cut off by floodwaters.

Although significantly reduced in strength, Eta, one of the most powerful storms to strike Central America since the deadly Hurricane Mitch in 1998, continued to pose concerns, the National Hurricane Center warned. It is expected to drop an additional 10 to 20 inches of rain on Nicaragua and Honduras, and 15 to 25 inches on eastern Guatemala and Belize as well as significant amounts in portions of Panama and Costa Rica.

Later in the week, Eta was expected to take a right turn back over the Caribbean and reorganize, after which it could hit Cuba over the weekend and possibly Florida by Monday.