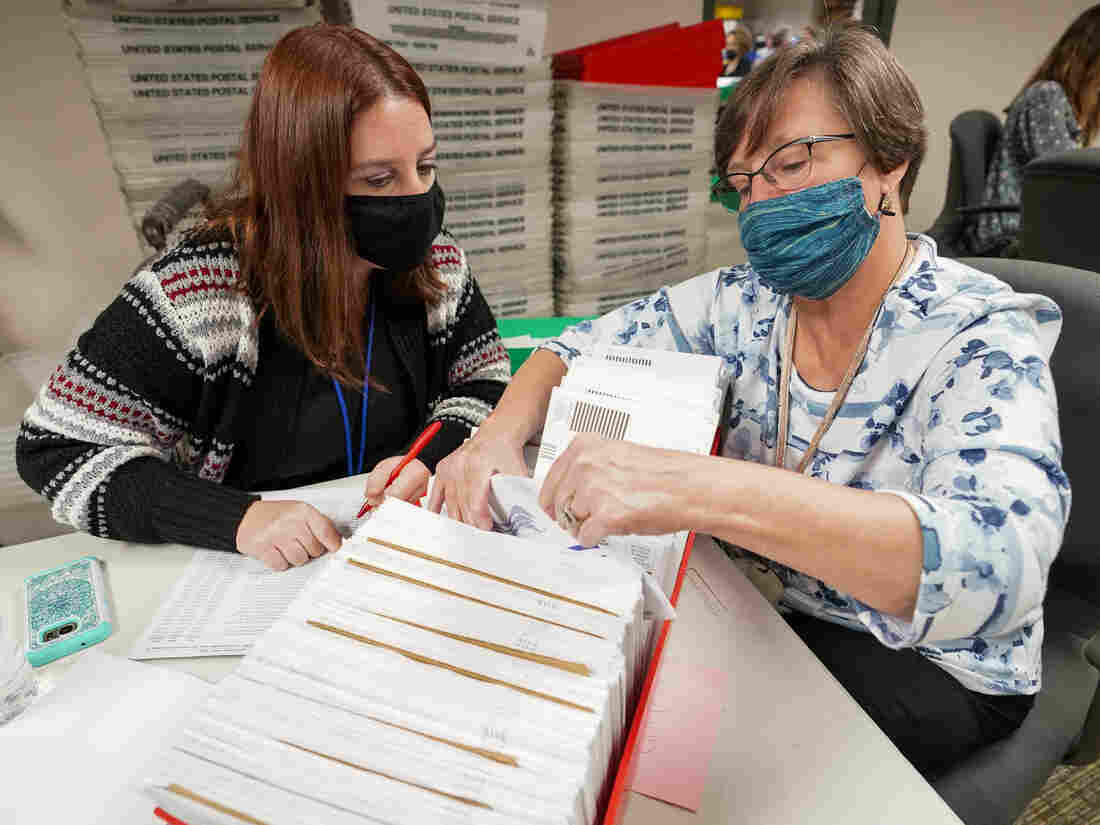 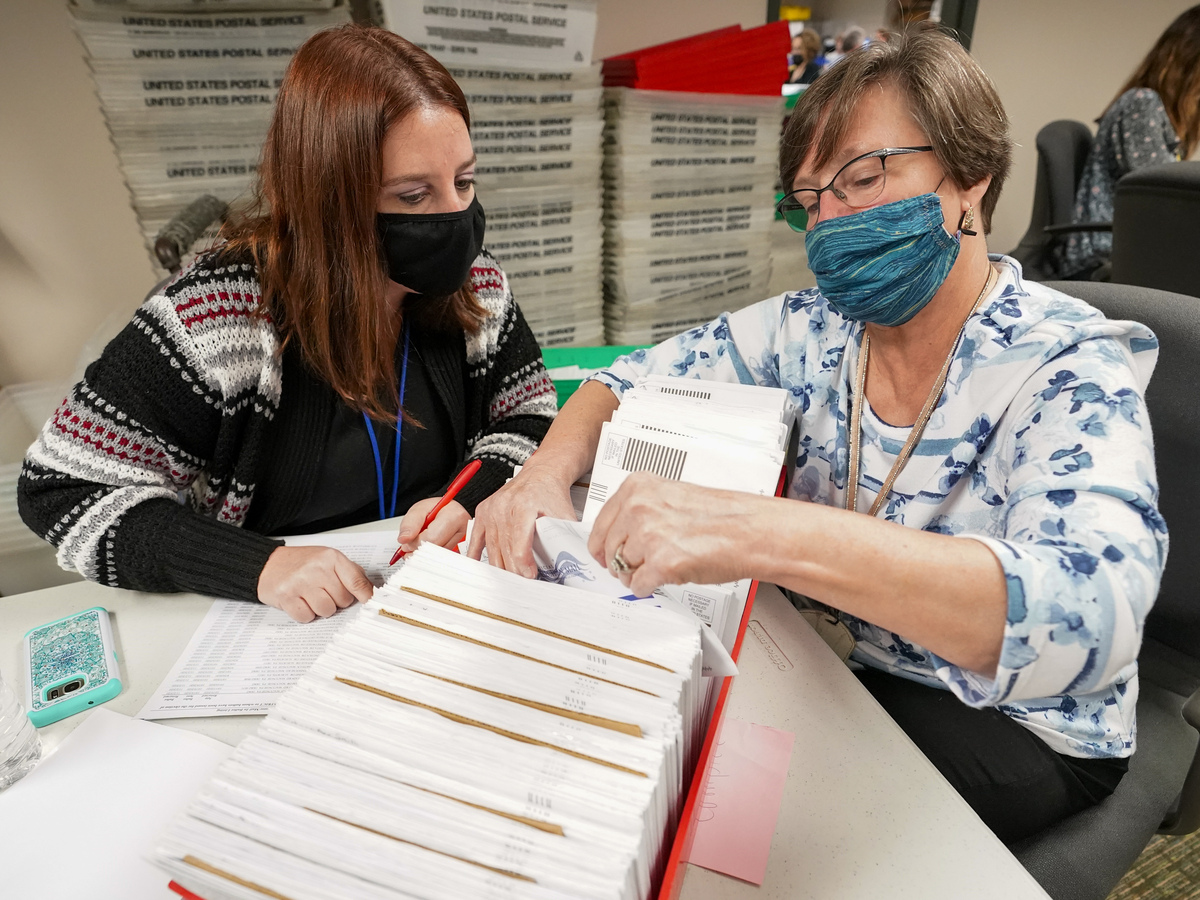 Three days after Election Day, Democratic nominee Joe Biden took narrow leads in Pennsylvania and Georgia, according to the Associated Press, putting him on the cusp of a victory in the Electoral College.

Early Friday, Biden took a 5,500-vote lead in the Keystone State, after trailing President Trump there for days. He also took a narrow lead in Georgia, giving the Democratic nominee the lead in a state that hasn’t voted for a Democrat for president since Bill Clinton was on the ticket in 1992.

Both states remained tight with votes left to count, but those remaining votes are mail-in ballots that have broadly broken in the former vice president’s favor. Biden also leads in the popular vote.

Georgia may remain tight and undecided, since voters there have until Friday to return overseas and active military ballots, as well as cure, or fix, mistakes on absentee ballots. Provisional ballots also remain to be counted, as well as mail votes from some GOP-leaning counties.

In Pennsylvania, thousands of mail ballots still need to be counted, many from Democrat-leaning counties.

Biden has multiple paths to the presidency. If he wins Pennsylvania, he doesn’t need any of the other states he’s leading in to reach 270 electoral votes. Trump, meanwhile, must win Pennsylvania in order to retain the presidency, so both campaigns are watching the state’s returns closely.

Trump has maintained a steady lead in North Carolina, where there hasn’t been much movement, but a call has not come in part because election officials there are allowed to accept mail ballots postmarked by Nov. 3 as long as they arrive by Nov. 12.

Biden holds leads out west in Nevada, which remains too close to call, and Arizona, which the AP has already called for Biden though Trump continues to make up ground there.

In Nevada, most mail ballots remain outstanding in Clark County, home to the Democratic stronghold of Las Vegas. Election officials in Clark County are expected to brief reporters at noon ET and announce tallies from a batch of 51,000 ballots — mostly mail.

Arizona, too, is still working on its count. Biden has maintained a lead there, but it has slimmed as officials in Maricopa County update their tallies. Maricopa County is home to Phoenix, a traditionally-Republican county that has turned bluer this year. 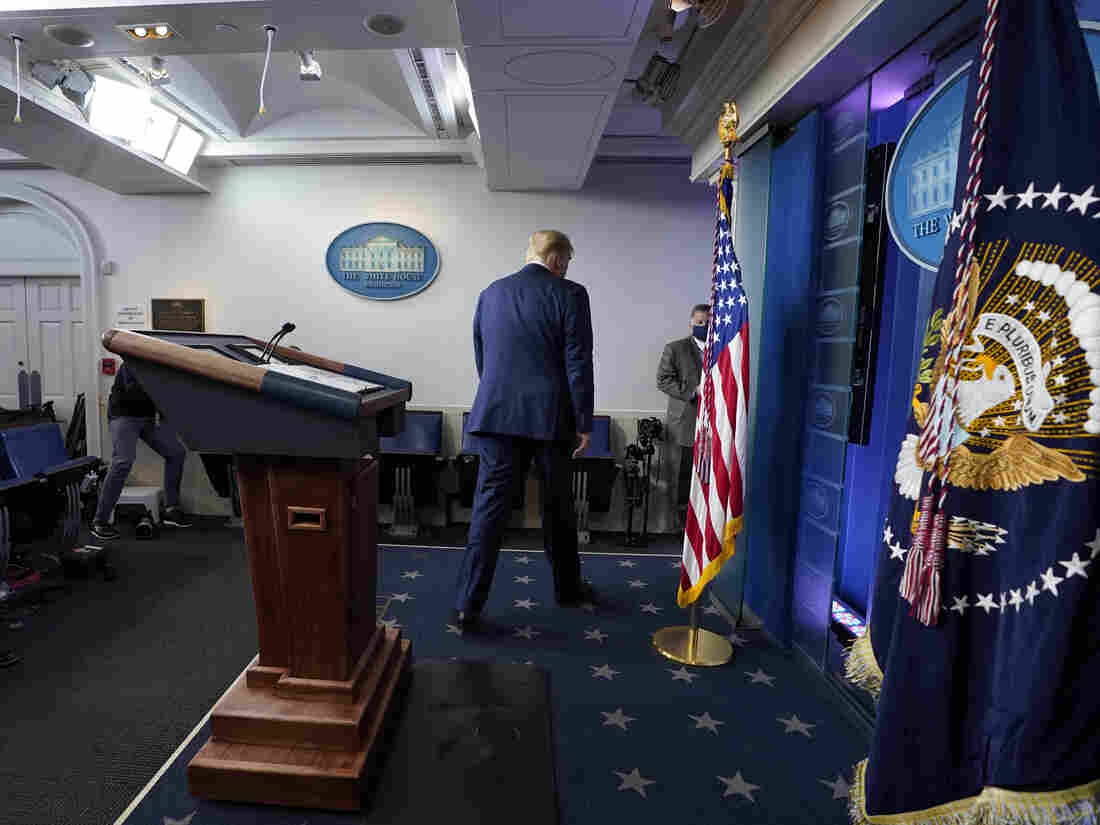 President Donald Trump walks away after speaking at the White House on Thursday night. 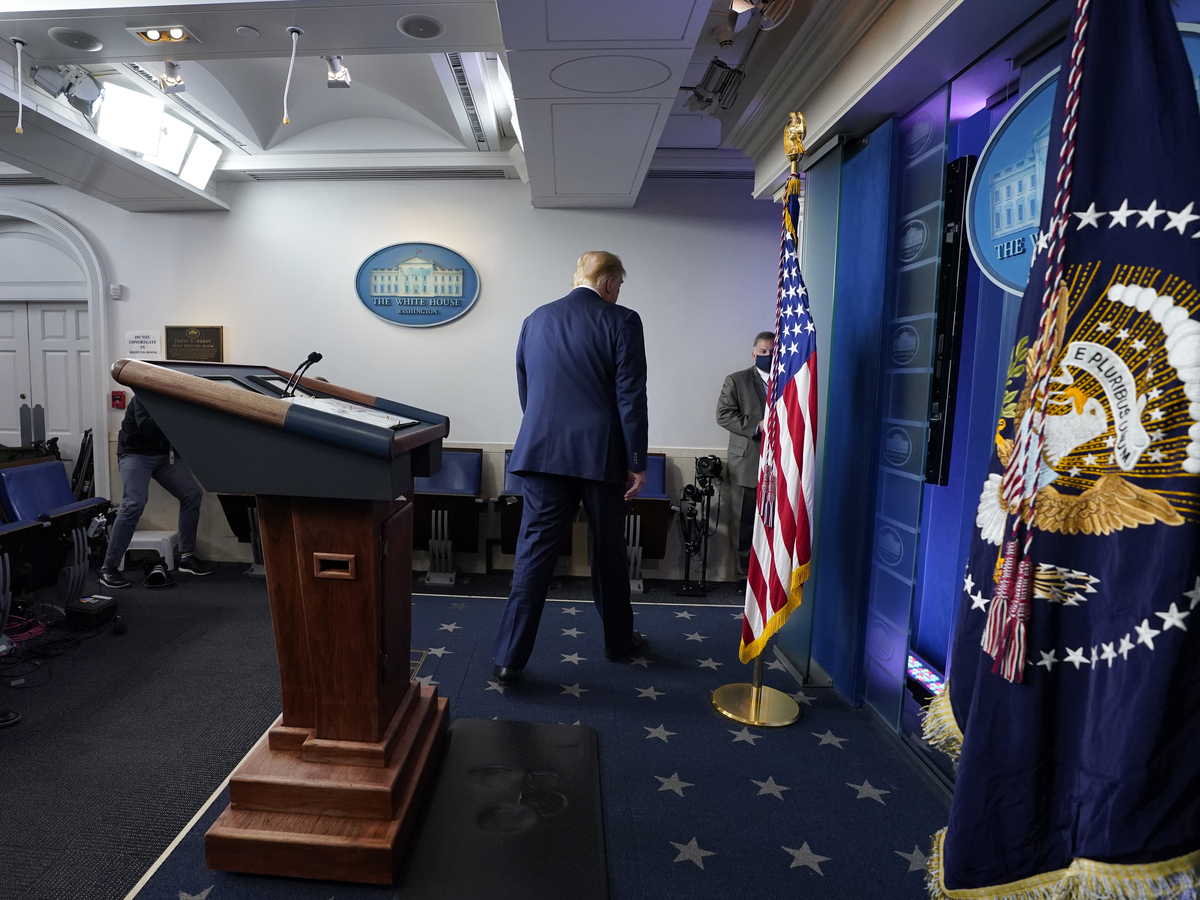 President Donald Trump walks away after speaking at the White House on Thursday night.

Underlying all of this, the Trump campaign continues to sow doubts about the integrity of the election without evidence. Surrogates have held press conferences in several key states to announce charges of election fraud, without evidence. The campaign has filed lawsuits in several states, too, though judges in many cases have quickly tossed the suits.

Not long after Biden appeared in Wilmington on Thursday night to urge patience as mail ballots continue to be counted, the president went to the lectern in the White House briefing room to baselessly declare that his campaign was the victim of election fraud.

Election experts long said counting the unprecedented number of mail ballots cast this year would take time, and determining a winner would not come quickly in many states where the margins were close.

Mail ballots still being counted are legal votes. Trump has lost Wisconsin and Michigan, according to the Associated Press.

A handful Republicans now are scrambling to renounce the president’s comments about the integrity of the election, as the country remains on edge about who will win the presidency, and whether the president will accept defeat should he lose.