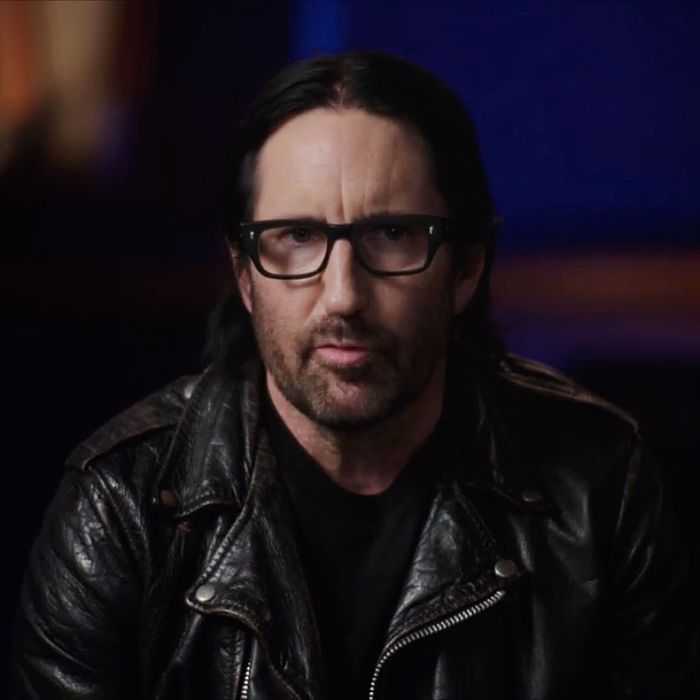 As has been the trend with most good things in our lives since March, the annual Rock and Roll Hall of Fame induction ceremony has gone virtual (or, as HBO fancies it, an “exclusive special”) due to the coronavirus pandemic. Yeah, it sucks that the eclectic group of Whitney Houston, Nine Inch Nails, the Doobie Brothers, T. Rex, Depeche Mode, the Notorious B.I.G., Irving Azoff, and Jon Landau (or those accepting on behalf of the posthumous inductees) can’t bask in the glory of their induction on a stage in Cleveland with their families and friends — where, somehow, you just know Steven van Zandt would find a way to make an appearance while someone else (ahem) stretches out their speech to comical lengths. But give HBO its due given the circumstances: The special is beautifully produced and full of heart, even if its short length (just over two hours) meant it lacked a few integral pieces that make these inductions so rockin’ in the first place. Read on for all the night’s highs, lows, and whoas, then start thinking about what the 2021 class and that induction might look like.

Dave Grohl is to 2020 rock as Walter Cronkite is to 1960 news, so it was pretty inevitable, but still lovely, to see Grohl open this year’s induction with a few calming words about how we shouldn’t worry about this whole virtual thing. “This rock and roll family of ours, like so many others, unfortunately can’t gather together in person to induct the Hall of Fame class of 2020,” Grohl explained. “The artists are all very different, but they share one crucial virtue in common: The undying spirit of rock and roll. Tonight, we celebrate this new class of the Rock Hall as we’ve never done before. And as they tell their stories, we tell ours, too.” He also said that the Rock Hall is “not just a place, it’s an idea,” which … yes. 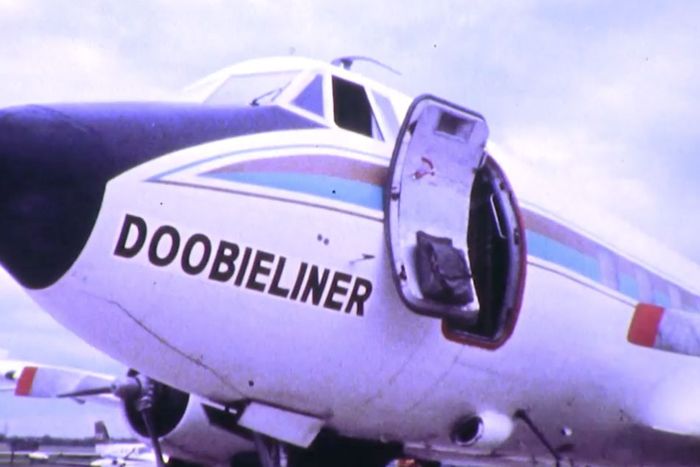 We can only imagine, man, what fun the Doobieliner brought to the skies. 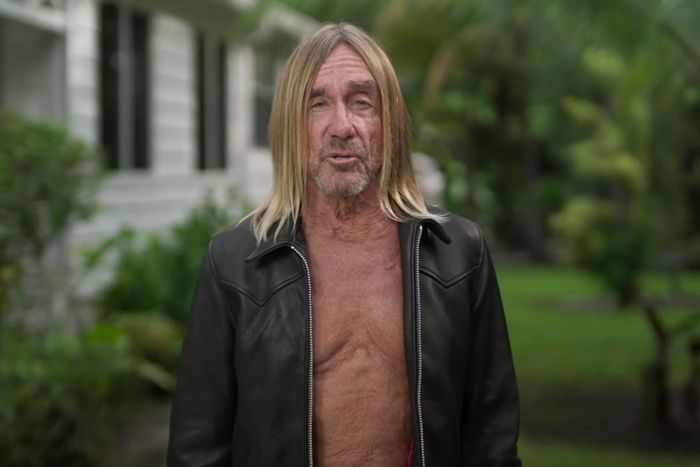 Frankly, we would’ve been surprised if Iggy Pop did wear a full set of shirt fabric, but his induction speech for Nine Inch Nails might’ve been the best (and definitely most baroque) of the night: He likened Trent Reznor to “a face right out of 15th century Spain,” and insisted that “if he’d been alive at the right time he could’ve been painted by Velázquez or El Greco, and his portrait would’ve been hanging in the Prado today.”

With this year’s induction already greatly shortened in runtime due to lack of performances (more on that later), it came as an unwelcome surprise that there was an additional time-cutting element at play: Speeches were relegated to the most prominent inductee members from the Doobie Brothers, Nine Inch Nails, and Depeche Mode. (For example, Trent Reznor spoke on behalf of the entire Nine Inch Nails, while Tom Johnston, Michael McDonald, and Patrick Simmons were deemed the worthiest for the Doobies.) “It was a creative decision and something we had been working to push through, frankly, during the live shows, to make the shows shorter and a little tighter of not having everybody speak for the band,” Joel Peresman, president and CEO of the Rock and Roll Hall of Fame Foundation, told Vulture in a recent interview when asked about the run of show. “Can you get a few of the guys to be representative of the others? So you don’t have to get them all to speak.”

In perhaps the most incredible pivot in ideology in Rock Hall history, Trent Reznor — who previously asserted that he “didn’t give a fuck” and “honestly couldn’t give less of a shit” about the institution — humbly accepted his induction with Nine Inch Nails and thanked the Hall for their “recogition” of industrial rock music. “You guys are the best,” he added to the band’s fans. “We’ve wound up in some weird places together, and you’re an intense bunch that can drive me out of my mind, but you’re the best. This journey is far from over if I have any say in it, so let’s stop fucking around patting ourselves on the back and get to it.”

“It wouldn’t be the first time they inducted someone who couldn’t sing or play an instrument.” He dropped this burn bomb while inducting the Eagles’ long-time manager Irving Azoff as a recipient of the Ahmet Ertegun Award, which honors industry professionals who have made a significant influence in the rock genre. Given Don Henley’s history, he could, uh, very much be referring to his own bandmates.

Speaking directly to young artists and executives, Azoff — by far one of the most successful managers in music history — gave a free bit of counsel that would normally be reserved for a $2,000 per-hour billable meeting. “It’s time for rules to be broken, but they won’t break themselves,” he said. “If I can give you any advice, it’s be brave, own as much as you can, depend on no one but yourselves, protect intellectual property at all costs, take the long road, fear nothing and no one. I promise you it’ll pay off.” Taylor Swift can even relate to that. 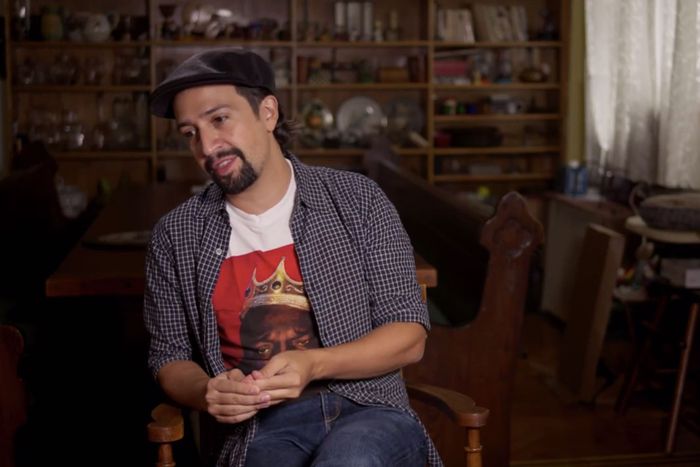 We could’ve watched these cuties for an hour! Dave Gahan, Andrew Fletcher, and Martin Gore were the designated speakers for Depeche Mode’s induction, and thanks to the powers of Zoom and AirPods, were able to pal around and enjoy the moment together. Gahan thanked everyone who “took a chance on a bunch of outsider, eyeliner-wearing weirdos from Essex, and all of the wankers who didn’t,” with Fletcher teasing that Gahan “would’ve still been stealing cars” if it wasn’t for the power of music. Five stars. 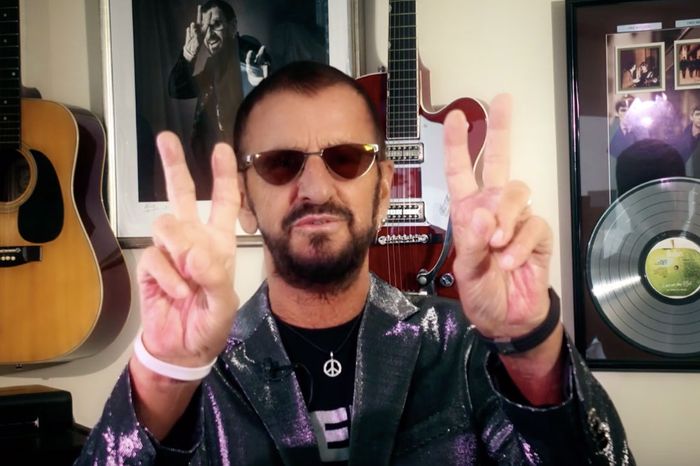 The Rock Hall deemed speeches and performances superfluous, but had no trouble including a five-minute tourism ad for its own museum? With a bunch of randos? Interesting. And by interesting, we mean, boooooooo.

Whitney Houston is one of several 2020 inductees who were honored after their deaths, with her longtime manager and sister-in-law, Pat Houston, recalling just how significant of a career milestone this would’ve been for the iconic singer. “This is something that Whitney always wanted. I remember in 2009 when we were in London, Whitney looked at me and said, This is really special, but there’s only one thing missing. I’ve got to get the Rock and Roll Hall of Fame,” Houston explained, presumably referencing Whitney’s comeback “Nothing But Love” world tour. “This moment right now proves it all that there’s only one matchless Whitney Houston, and tonight she’d be very proud and honored to receive this award.” At least a hologram didn’t accept on Houston’s behalf.

No backyard acoustic, no studio gig, no all-star jam, no anything. What the hell!?! Despite several awards shows being able to execute unique performances (and execute them well) in the coronavirus era, the Rock Hall eschewed its tradition this year. In the same interview with Vulture, Peresman chalked up the decision to geographical and logistical factors being too difficult to manage, in addition to, weirdly, a lack of enthusiasm from the Hall itself. “In the spring and summer, it really just became overwhelming to try to pull that off,” Peresman explained. “There were so many events that were starting to happen with people doing performances on their iPhones and then they got a little bit more sophisticated. We thought that was kind of boring to try to go through the hoops of having artists performing with no audience, or doing it with just family or friends. It didn’t make any creative sense.” We were already deprived of a bewildered crowd reaction to Nine Inch Nails performing “Closer” at the Cleveland Public Auditorium. The Rock Hall really couldn’t manage to arrange a virtual song or two? For fans, it sure wouldn’t have been “boring” at all. 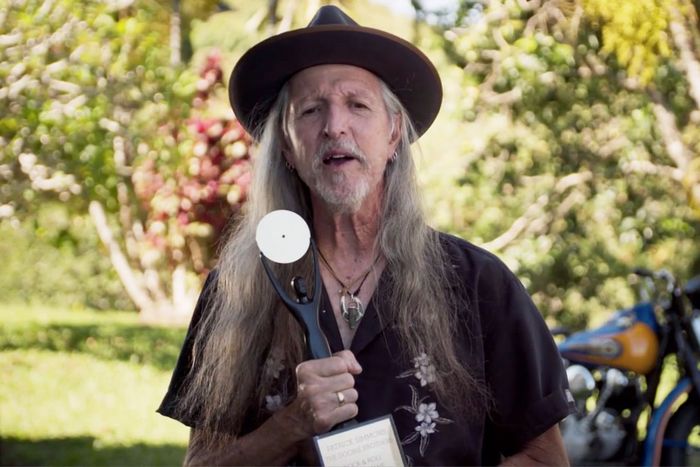 Patrick Simmons of the Doobie Brothers! Even a fool would believe it. 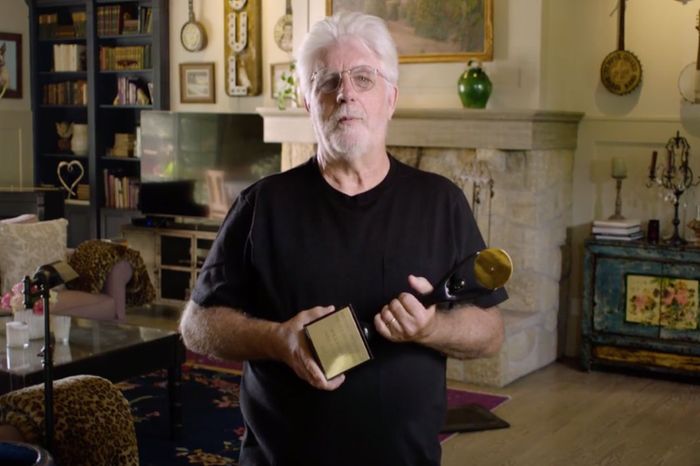 Michael McDonald of the Doobie Brothers! That yacht rock $$$ is no joke.