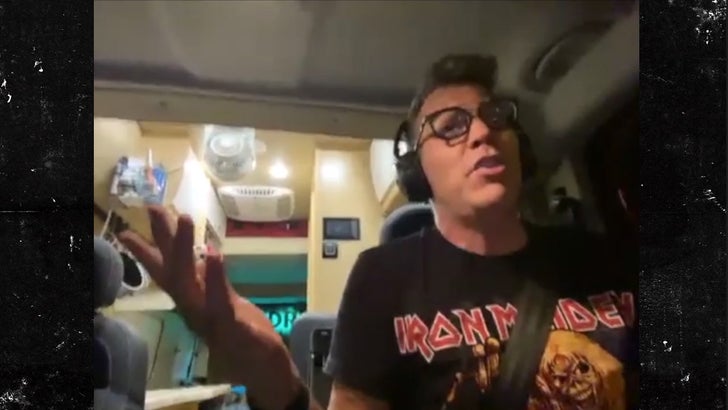 Steve-O thinks Oregon’s new law legalizing drugs is going to create enormous problems, because he thinks it opens the door for young people to become addicts.

The “Jackass” star tells TMZ … anyone looking to do cocaine, meth or any other hard drug will find a way to scratch that itch whether there’s a law against it or not. But, with Oregon recently voting to decriminalize possession of small amounts of cocaine, heroin, oxycodone and meth … Steve-O thinks it may send the wrong message.

Steve-O — who’s been sober for over a decade — thought it was a joke when he heard about the new law. That said … he worries the new law may make it seem like it’s OK for kids to try cocaine and meth.

Steve-O understands the court system can’t handle every single case involving small amounts of drugs. He thinks we’ve got to place close attention to Oregon … to see if drug use subsides or rises.