But dos Anjos (30-13 MMA, 19-11 UFC) is the former UFC lightweight champion who made his return to 155 pounds after four years with mixed results at welterweight. And he used the opportunity to remind the world he’s still a major factor in one of MMA’s deepest divisions.

While Felder (17-6 MMA, 9-6 UFC) had his moments Saturday at the UFC Apex in Las Vegas, it was dos Anjos’ night to shine. He controlled the fight horn to horn and got a pair of 50-45 scores in his favor, although an inexplicable 48-47 Felder card made his victory a split decision.

“I was training for a southpaw wrestler, and Paul Felder is an orthodox fighter, but we needed to make this happen,” dos Anjos said. “This was my first fight back (at lightweight), and I have more adjustments to make.”

Dos Anjos announced his intentions in the opening round. He found success with body kicks followed by crisp combos, and more often than not managed to escape before Felder could return fire.

In his lightweight title days, RDA made a habit of using pinpoint striking to set up his elite ground game, and this was no different. Dos Anjos earned a pair of takedowns in the round, and while he couldn’t do much with them, he did manage to land a huge left hook to the forehead in the closing seconds after Felder got back to his feet.

This was a rinse-and-repeat performance in the second round, although Felder, for his part, managed to keep dos Anjos honest by landing solid jabs and hooks. He never got any sustained offense untracked, though, as RDA would shut things down with takedown attempts whenever it appeared Felder might turn the tide, including a huge slam off a double late in Round 3.

After the third, Felder’s coach, Duke Roufus, told his fighter he needed a finish, and Felder upped the urgency. He landed his best strikes of the fight, but once again dos Anjos was able to answer the call, with the most noteworthy moment a big left hand that opened a nasty cut between Felder’s eyes.

A bleeding Felder faded in the fifth as dos Anjos, while never coming close to a submission, had his most effective grappling utilization of the fight, never allowing his opponent to break free whether on the mat or along the fence.

Dos Anjos, in his 30th UFC appearance, snapped a two-fight losing streak with his 15th career decision victory. Felder, who was originally scheduled to be a color commentator for the evening’s card before stepping in after Islam Makhachev dropped out, lost his second straight bout.

“We had a five-round battle, and I can tell you guys with certainty I am not going anywhere right now,” Felder said.

The lightweight bout was the UFC Fight Night 182 main event at the UFC Apex in Las Vegas. It streamed on ESPN+. 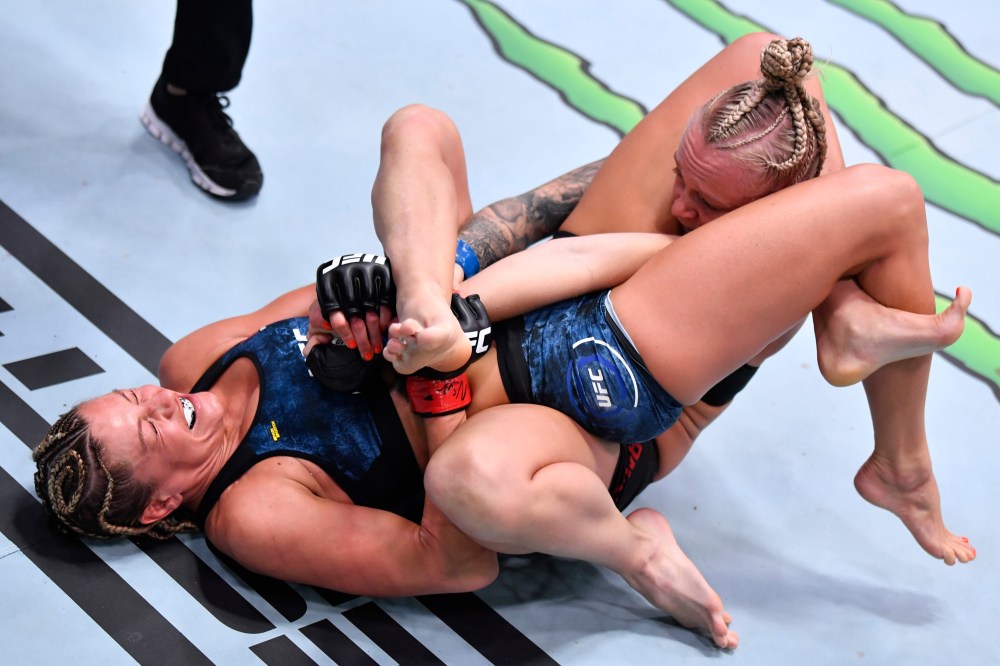 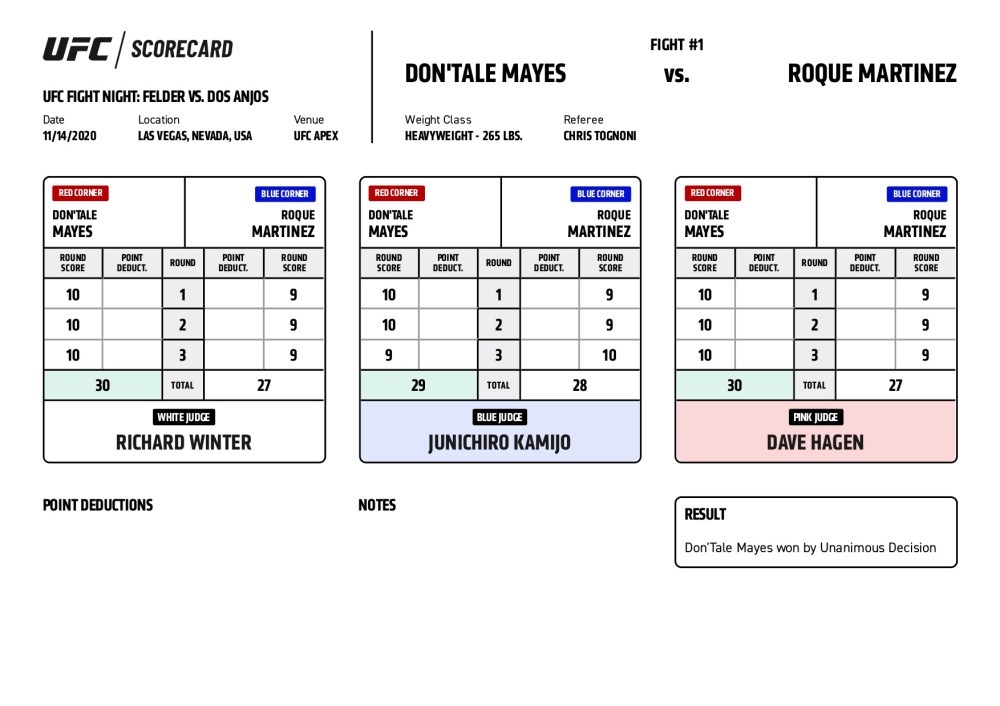