Valentina Shevchenko is not afraid to represent Peru in the UFC.

You might have noticed the UFC flyweight champion do interviews fluently in Spanish, carry the Peruvian flag into the octagon ahead of her title defenses, and even shout out Latin America in her post-fight interviews. But what you might not know is how Shevchenko (19-3 MMA, 8-2 UFC) became an adoptive daughter to Peru and South America.

Shevchenko’s relationship with Latin America is an interesting story given she was born and raised far, far away from the region.

“I’m from Kyrgyzstan, but my nationality is Russian,” Shevchenko said in Spanish on Hablemos MMA. “Because in the Soviet Union, when there was a Soviet Union like 15 countries, a lot of people from Russia were sent to countries like Kyrgyzstan, Uzbekistan, to develop the culture and my grandmother was one of them.

“She met my grandfather, my mother was born, and we grew up in Kyrgyzstan, but from an ethnicity standpoint were Russian.”

Shevchenko, who defends her 125-pound title against Jennifer Maia on Nov. 21 in the co-main event of UFC 255 in Las Vegas, began training in martial arts at five years of age along with her older sister Antonina – fellow UFC flyweight.

Her journey through muay Thai and martial arts not only made Shevchenko one of the best fighters on the planet, but also enabled her to live a lengthy chapter of her life far away from home in a manner which molded her into the person she is today.

“When I was 15 years old we returned to Russia just my trainer, my sister and I because we love traveling,” Shevchenko explained. “We were there for like three years and we always competed. I started competing at an early age and when my trainer felt is was too difficult to find opponents in professional fights for me and my sister, he decided that we needed to travel a bit more and experience more.

“And since Latin America is so far from Russia, it was a totally unknown continent in those years because internet wasn’t really a thing and there wasn’t as much information as there is now, people knew very little about how people lived in Latin America.”

Shevchenko and her trainer expected to tour Peru and South America for a few months, but once there, the trip was extended quite a bit.

“We thought just come and visit the country for a few months, but first we planned to go there for six months and go to my countries in Latin America.

“Out of coincidence we chose Peru and when we first got there I felt a lot of affection from the people and most importantly everyone wanted to learn muay Thai. So we started doing seminars, classes and we bean to get in high demand to give seminars. We went to Colombia, Paraguay, Uruguay, Argentina, so that’s how we started – traveling around and then eight years went by.”

Shevchenko now lives in Las Vegas. And although her time in Peru came to an end years ago, the 32-year-old looks back at that period of her life with fondness.

“I love, love that country and the continent,” Shevchenko said. “It’s a beautiful culture, very happy with great people, and excellent food. All the years I lived in Peru and now I remember fondly all that happiness. It was a beautiful chapter of my life.”

Photos: Valentina Shevchenko through the years 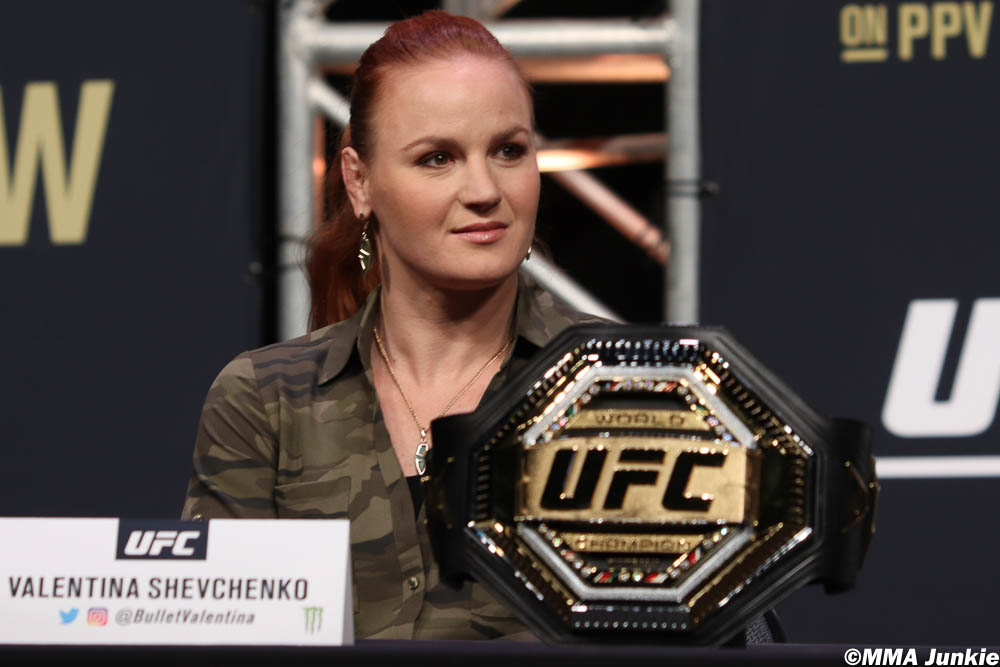