President-elect Biden‘s pick for director of the Office of Management and Budget (OMB) is raising eyebrows over an alleged altercation she had with a progressive journalist over her former boss Hillary Clinton’s support for the Iraq War.

On Monday, the Biden transition announced that Neera Tanden, president of the liberal think tank Center for American Progress, would be the president-elect’s nominee to head the OMB.

However, a 2019 report from The New York Times outlined an incident back in 2008 when she served as a top adviser for then-Sen. Clinton during her first presidential run.

Tanden, according to the Times, accompanied Clinton for what was supposed to be an “easy interview” with ThinkProgress, the liberal website ran by the Center for American Progress.

Faiz Shakir, ThinkProgress’s chief editor who most recently was the campaign manager for Sen. Bernie Sanders’ 2020 presidential bid, questioned the senator for voting in favor of the Iraq War.

“Ms. Tanden responded by circling back to Mr. Shakir after the interview and, according to a person in the room, punching him in the chest,” the Times reported.

According to a recent interview a “still angry” Tanden gave at the time, she recalled, “I didn’t slug him, I pushed him.” 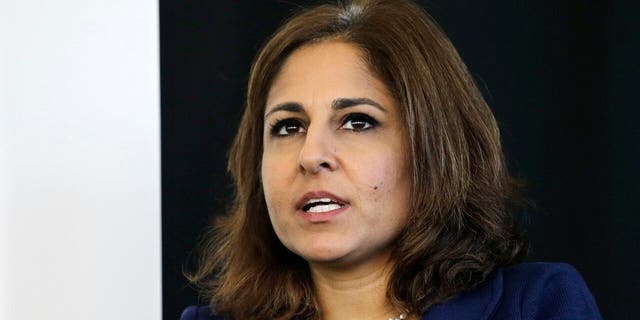 The Biden transition did not immediately respond to Fox News’ request for comment. Fox News also reached out to Shakir for comment.

Tanden’s nomination as OMB director sparked quite the reaction on both sides of the aisle. Conservatives slammed the liberal operative for hyping the infamous Steele dossier during the Russia investigation and promoted the unsubstantiated conspiracy that Russia successfully hacked the 2016 vote to give President Trump a victory.

Progressives were also vocal against her appointment as she was an outspoken opponent of Sanders during the Democratic primary.