Skip to content
Neera Tanden, the CEO and president of the left-leaning Center for American Progress, was
announced on Monday as Biden’s choice for the position. Biden has announced several Cabinet and other top administration officials, but none have received the same level of backlash as Tanden, who has frequently sparred with Republicans and the progressive wing of the Democratic Party on Twitter.

The Biden team is well aware Tanden is a challenging nominee, with one person familiar with the matter telling CNN that there is currently widespread acknowledgment in the Biden transition world that she is going to be tough, at best, to get through the Senate confirmation process.

Her uphill battle in the Senate was underscored Monday by a wave of criticism aimed at her from Republican senators. Republicans currently hold a majority in the Senate, but two January runoff elections in Georgia will determine which party controls the chamber and could affect the confirmation process.

Sen. John Cornyn, a Texas Republican, said that Tanden has a “problematic path” to confirmation in light of past “combative and insulting comments” about GOP senators.

Arkansas Republican Sen. Tom Cotton said Tanden’s tweets are “Filled with hate & guided by the woke left” and
tweeted, “she’s unfit to be confirmed by the U.S. Senate.”

South Carolina Republican Sen. Lindsey Graham, who is expected to chair the Budget Committee if Republicans keep control of the Senate, said the Tanden nomination faces an “uphill” climb in the Senate.

There are plenty of other Biden nominees, including Janet Yellen for treasury secretary, who have received fine reception from both Republicans and Democrats and are currently not expected have any major issues getting confirmed in the Senate.

Of the multiple people that Biden has so far nominated, Tanden is “most definitely, singularly” worst positioned in terms of having a shot at being confirmed, one adviser to multiple GOP members tells CNN.

Tanden is an ally of former Secretary of State Hillary Clinton, and previously served as a senior adviser for health reform at the US Department of Health and Human Services during the Obama administration, where she helped work on the Affordable Care Act.

Sen. Chuck Grassley, who is president pro tempore and the most senior Republican in the chamber, told reporters on Monday that Tanden’s nomination “might be controversial” among his colleagues. He said he didn’t yet have a position on how he would vote on her nomination. 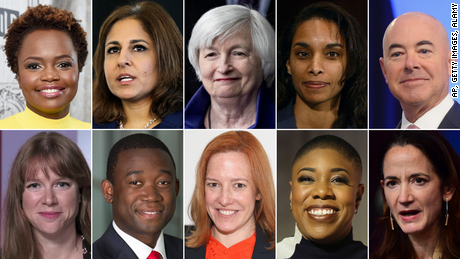 Josh Holmes, Senate Majority Leader Mitch McConnell’s former chief of staff and campaign manager, reacted to the news of Tanden being nominated and
wrote on Twitter, “And there’s the sacrifice to the confirmation gods….”

Tanden also received criticism by some on the left, mostly from her usual online critics and rivals. But her nomination was mostly applauded by progressives, including some with whom she had clashed in the past, in large part because of concerns that Biden might tap someone else, like former Biden chief of staff Bruce Reed, with a more hawkish record on the deficit.

Tanden, who would be the first woman of color and first South Asian American to become director of the OMB if confirmed, has also received praise from several Democratic senators.

Senate Minority Leader Chuck Schumer on Monday praised Tanden and criticized Republicans for what he described as “crocodile tears.” 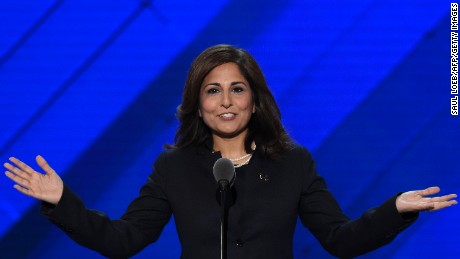 Tanden “is so eminently qualified that some on the Republican side, grasping at straws, have taken issue with comments made on Twitter criticizing the policy positions of Republicans in Congress,” Schumer said on the Senate floor. “Honestly, the hypocrisy is astounding. If Republicans are concerned about criticism on Twitter, their complaints are better directed at President Trump.”

Ohio Democratic Sen. Sherrod Brown
praised Tanden as “smart, experienced, and qualified for the position of OMB Director.” Massachusetts Sen. Elizabeth Warren
responded directly to Brown’s tweet and said she agreed.
New Jersey Democratic Sen. Cory Booker said he has known Tanden for more than two decades and
tweeted, “She’s brilliant and laser-focused on making our country a fairer place for all. I’m excited to work with her as she does the vital work of rebuilding our government.”